As Vince Cable prepares to step down as leader, what next for the Liberal Democrats? 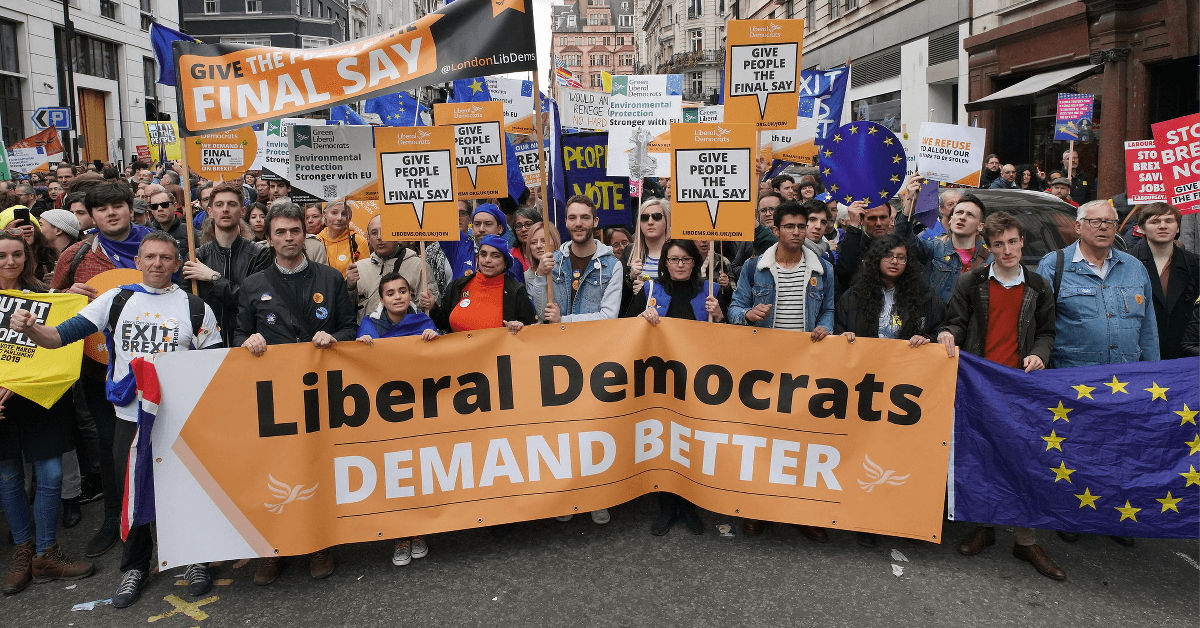 As another Conservative prime minister has fallen to Europe, fellow Conservative MPs are already queuing up for what should be the most unpopular job in Britain. As the Lib Dems see their own leader depart (albeit in a more orderly fashion), what lies ahead for the major liberal force in British politics?

Three years after the EU referendum, the Liberal Democrats have successfully reinvented themselves as the only major party with a clear position on the issue of a generation. Going into Thursday’s election, their message was simple: “Bollocks to Brexit”.

The Lib Dems, like the Greens, Scottish Nationalists, Change UK and Plaid Cymru, believe Britain should remain in the European Union, via a confirmatory referendum/ ‘People’s Vote’. As Liberal Democrat MPs return to parliament on 4th June, they have reasons to be cheerful, thanks to the party’s success at the local elections, along with projected gains in the European elections, supported by a growing and energised membership. But though its message is clear, the Lib Dems cannot risk becoming the party of the status quo.

In short, the party can only profit from its Brexit gamble if it can answer many of the valid questions leave voters had in 2016. Okay, the Lib Dems want Britain to remain in the EU, but how will it meet concerns about immigration, the loss of civic pride and a lack of devolution to the regions and nations? It is not enough for the Liberals to say they believe Brexit is a bad idea. The party must explain how leaving will not improve people’s circumstances. It must show Boris Johnson, Michael Gove and Nigel Farage for who they really are.

In the words of Green Party Co-leader Jonathan Bartley, “[We must be] tough on Brexit and tough on the causes of Brexit.” – (8th May 2019)

If another referendum does take place, a WTO departure will likely be the leave option. But remain cannot support business as usual. A vote for remain should be an endorsement of a ‘New Deal’ for the UK. This national project would focus on energy security, the redistribution of power, prioritising good quality apprenticeships, well funded local government and a competent green industrial strategy for the next thirty years. Remain is just as much about renewal as Leave and the Liberal Democrats must get better at presenting remain in this way.